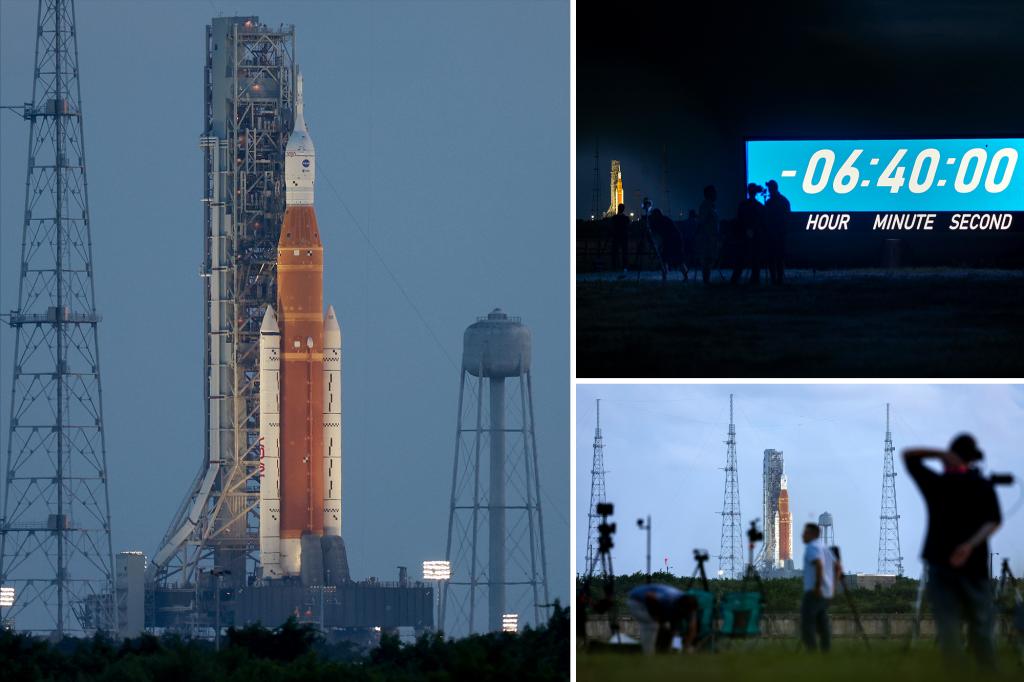 A NASA rocket launch scheduled for Saturday afternoon was plagued with technical problems in the hours before liftoff.

For the second time this week, a fuel leak has compromised the launch of the agency’s new 322-foot rocket. The machine’s highly combustible hydrogen began leaking from the underside of the engine on Saturday, forcing engineers to search for a solution.

An attempt by the agency to fix the problem initially failed, and the leak happened again.

“As engineers increased the pressure on the flow of liquid hydrogen in the center stage, a leak reoccurred. Engineers will attempt to reseat the seal in the quick-disconnect cavity where the leak was detected. This time they will stop running liquid hydrogen into the tank, close the valve used to fill and drain it, then increase the pressure on a ground transfer line using helium to try to close it again. the agency said in a statement posted on their blog.

It’s unclear how the latest issues will affect the launch of Artemis I, which remains on track for Saturday afternoon.

The unnamed rocket is part of a new, multi-billion dollar effort by NASA to send astronauts back to the moon, which could happen as early as 2025.